During the lockdown, we've all enjoyed the peace after the engines had been silenced. Birds have returned in flocks and we've cherished listening to them, hearing people talking, and the sounds of nature in general. Noflyzone is advocating for a quieter Miramar Peninsula, to create a better environment for biodiversity and the community's wellbeing.

Light recreational aircraft are flying over residential areas for extended period of times, on a regular basis, becoming a significant noise nuisance to residents.

And here is what it's looking like on one day (source: flightradar24.com): 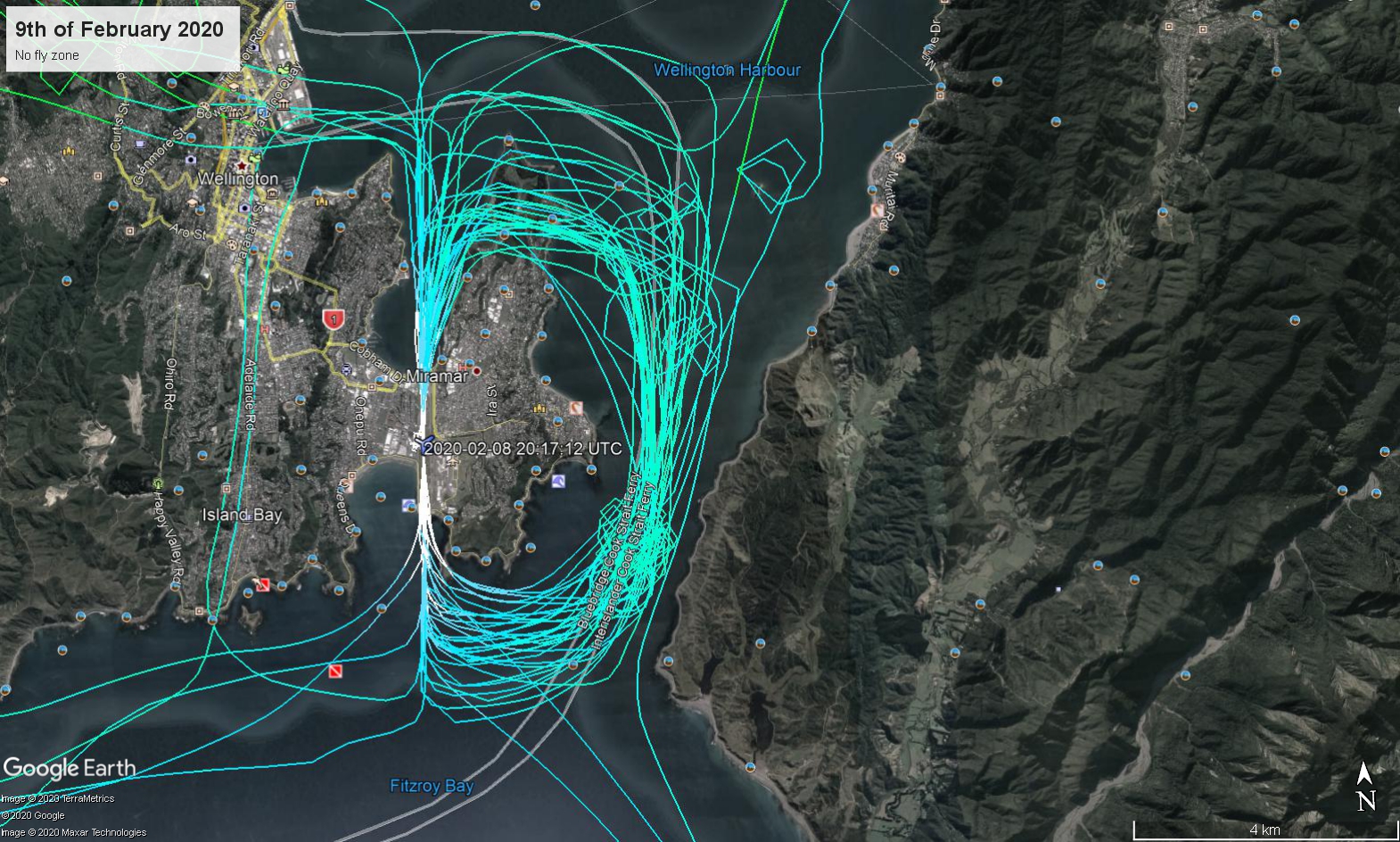 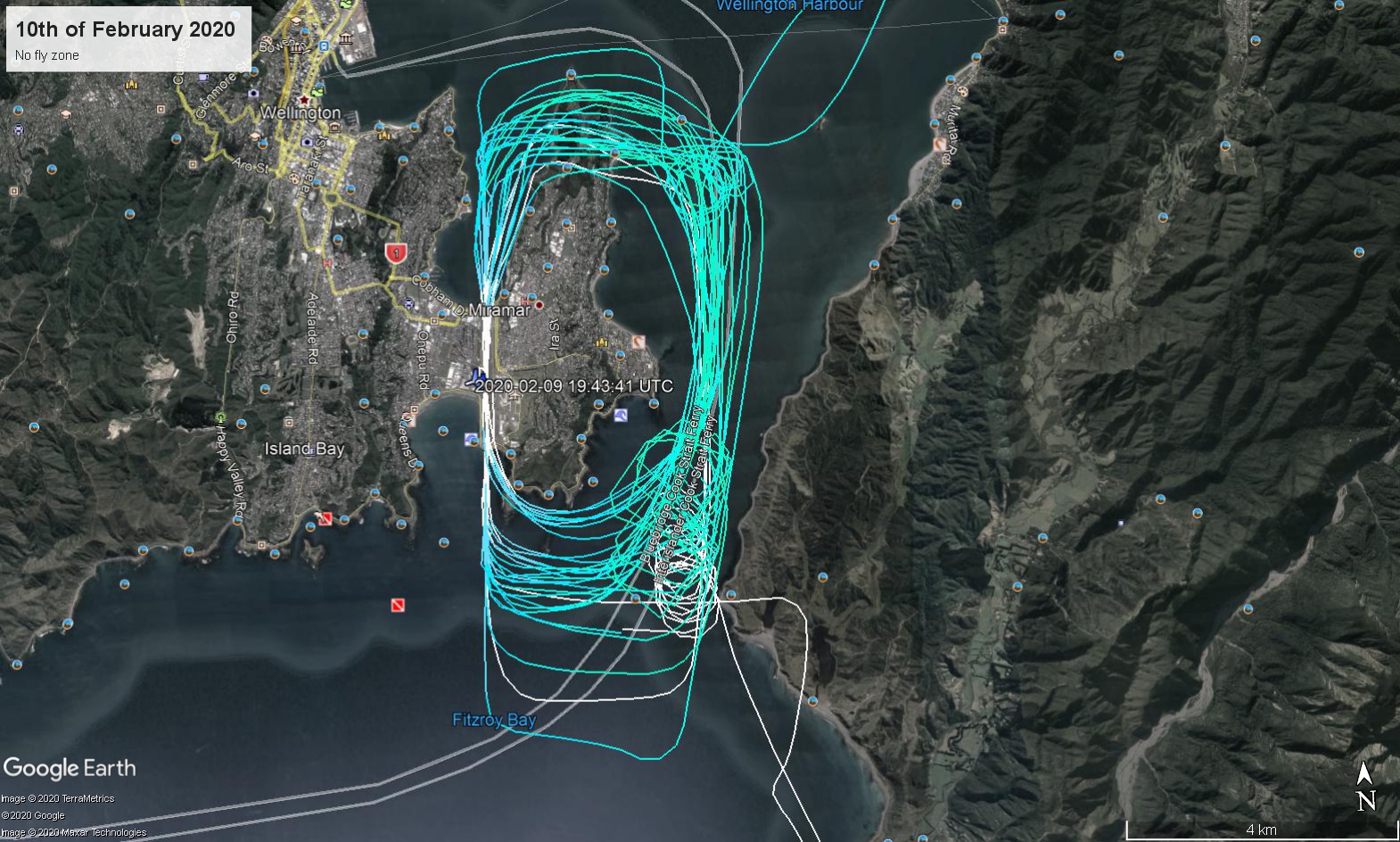 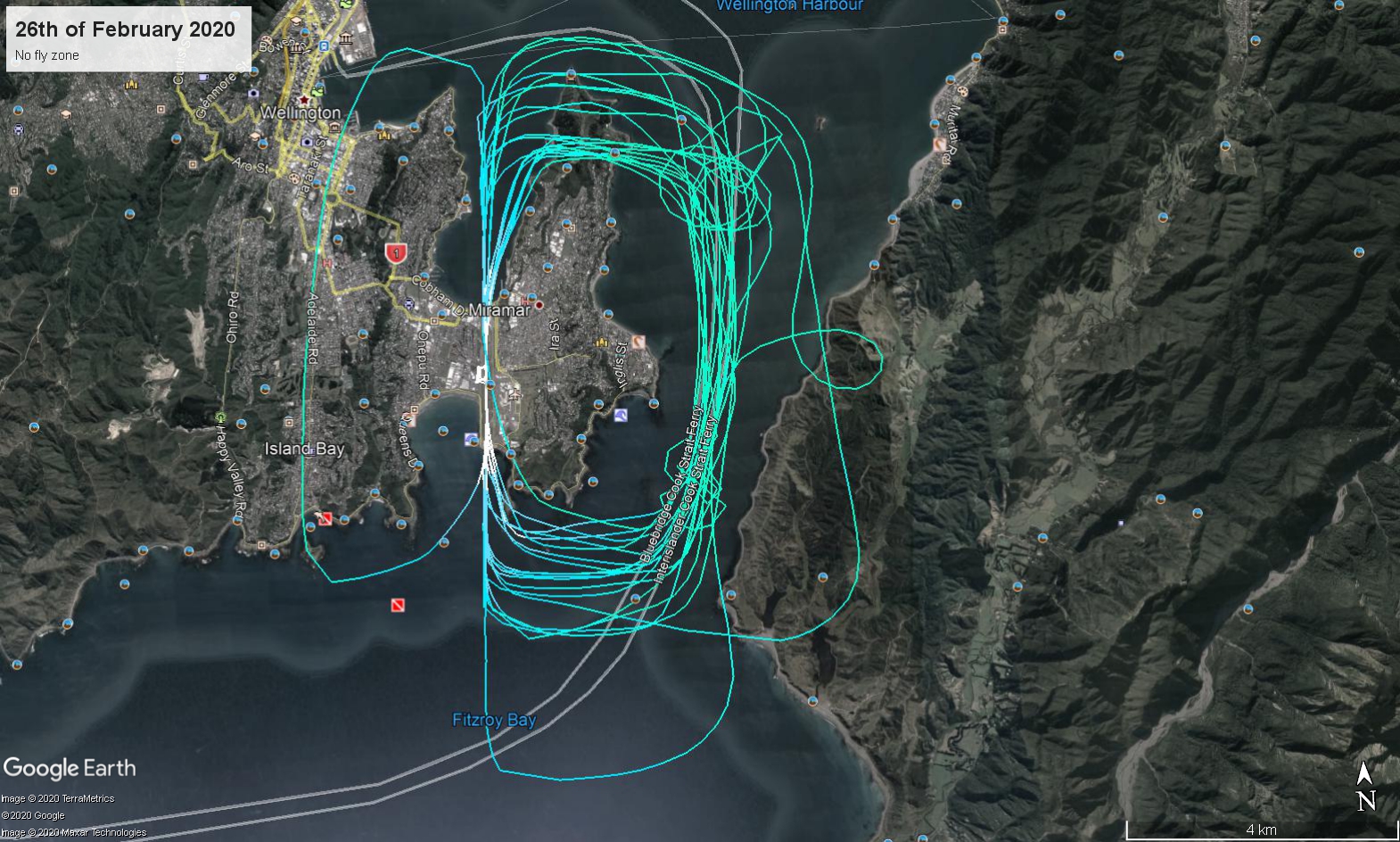 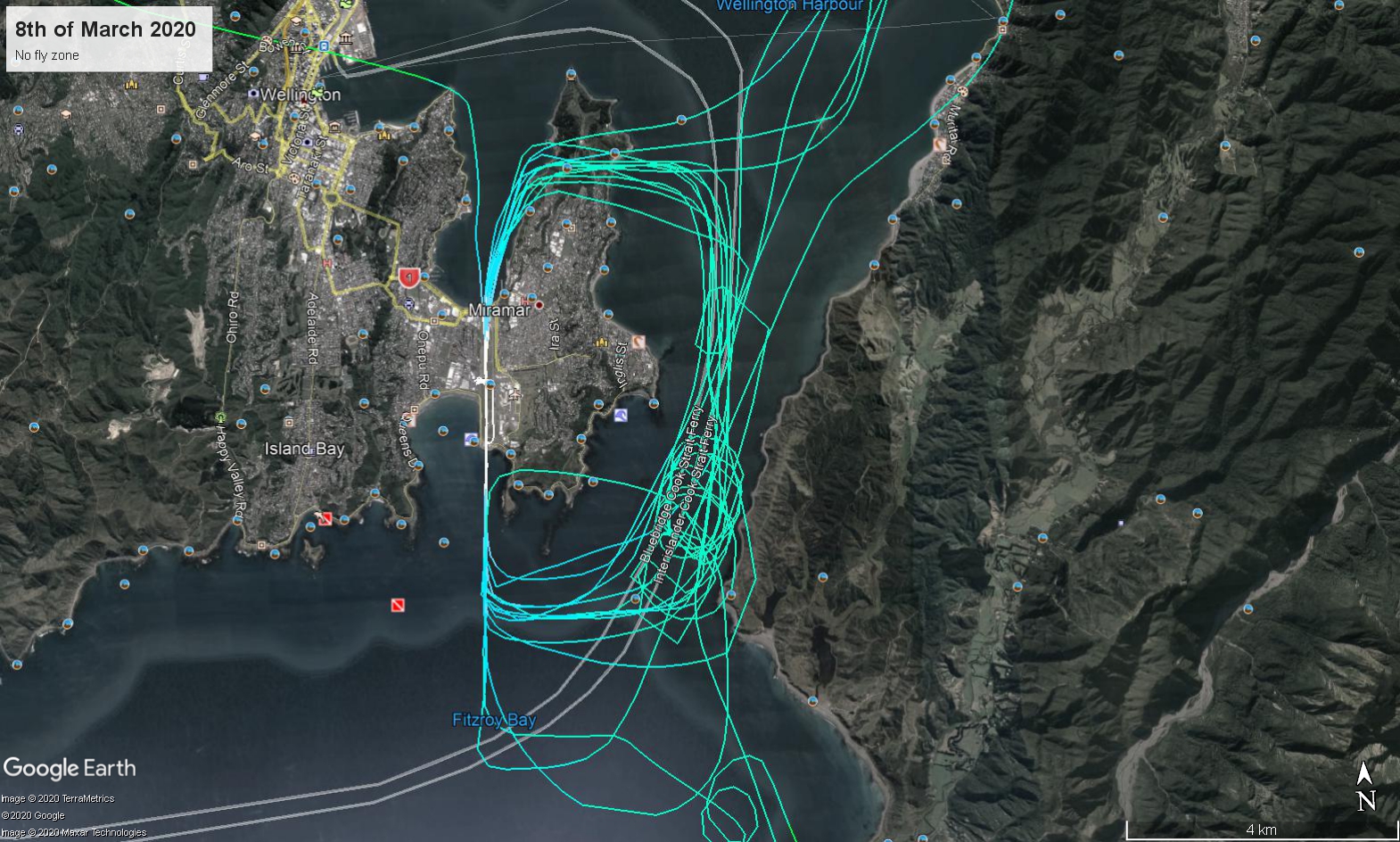 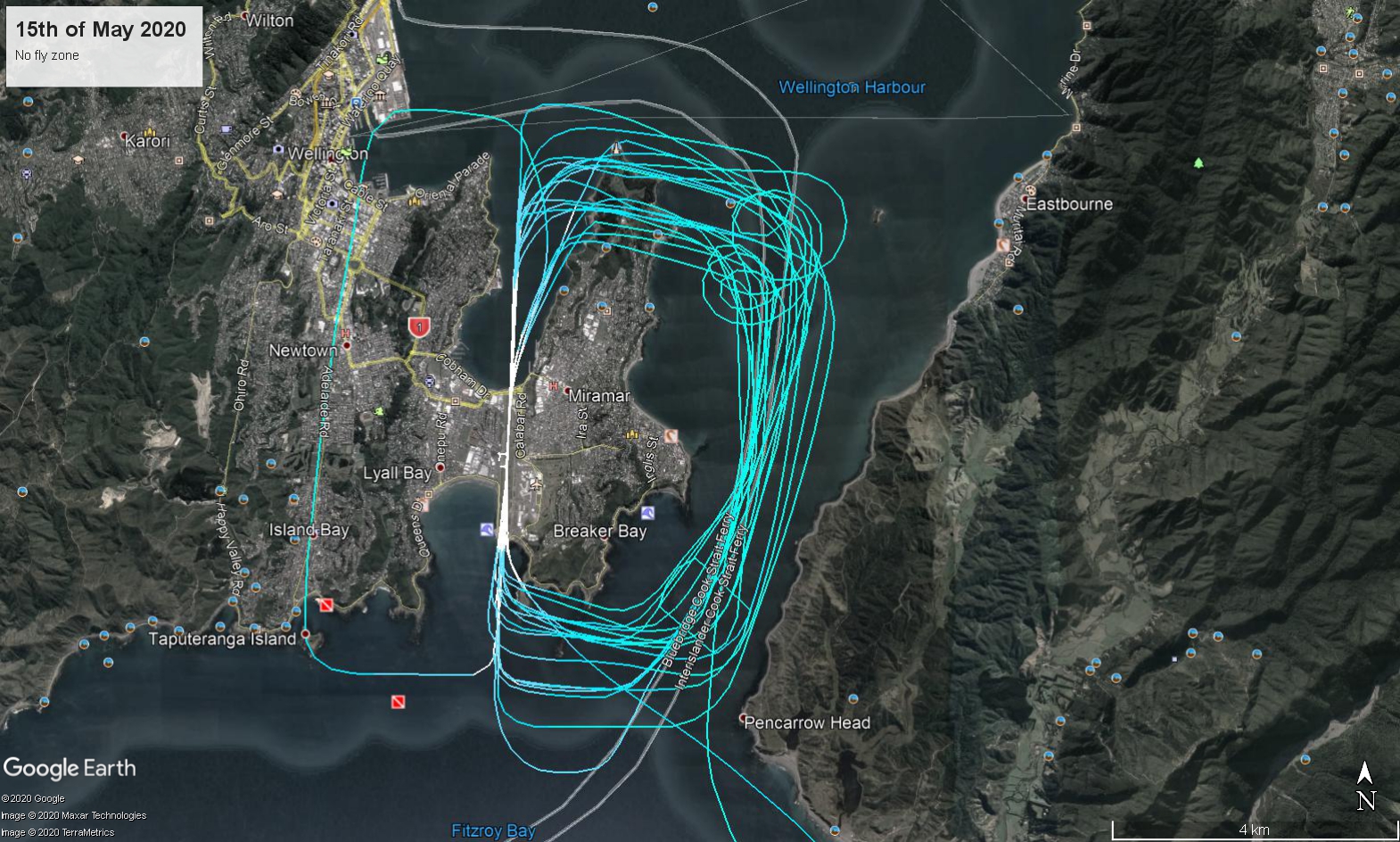 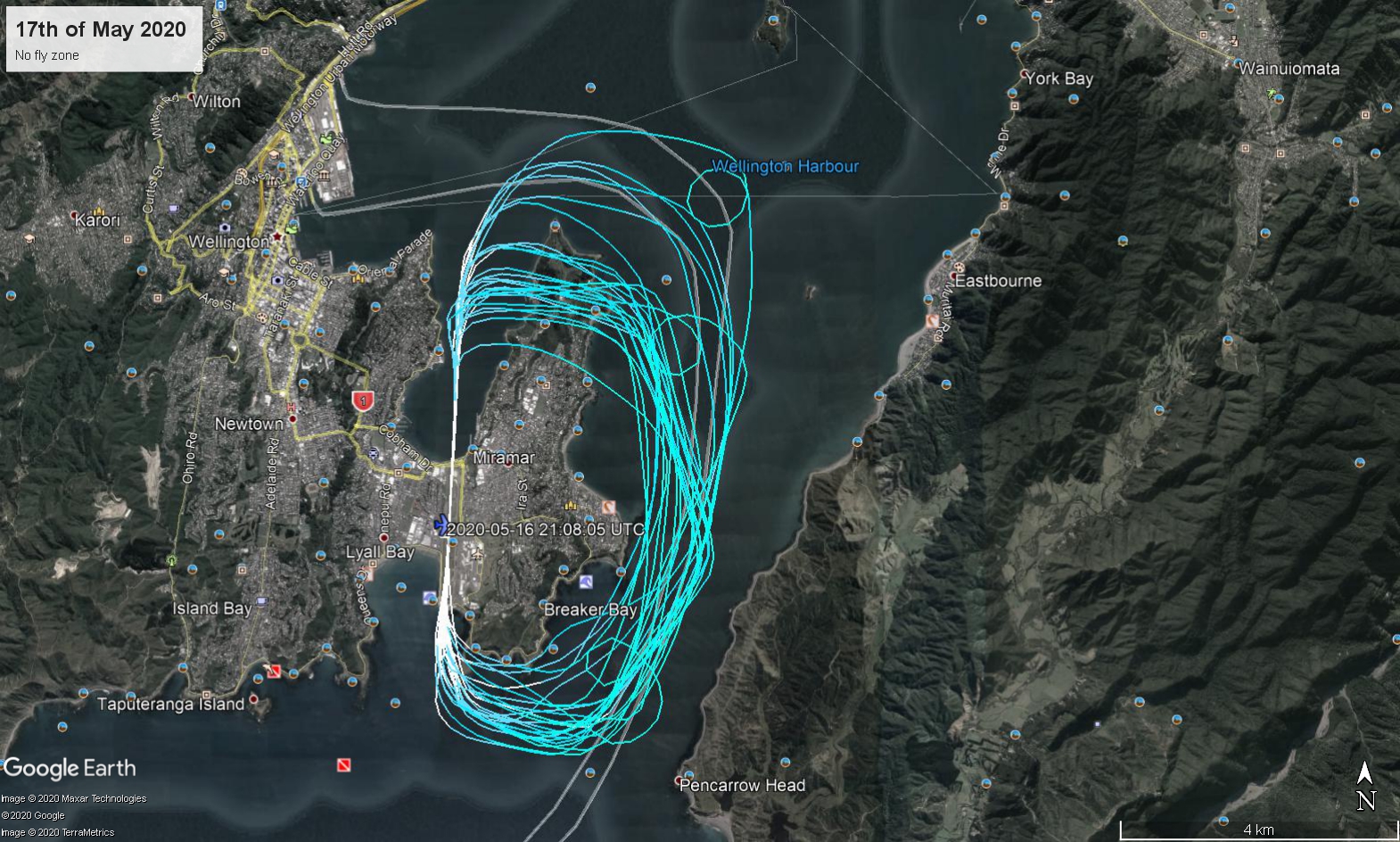 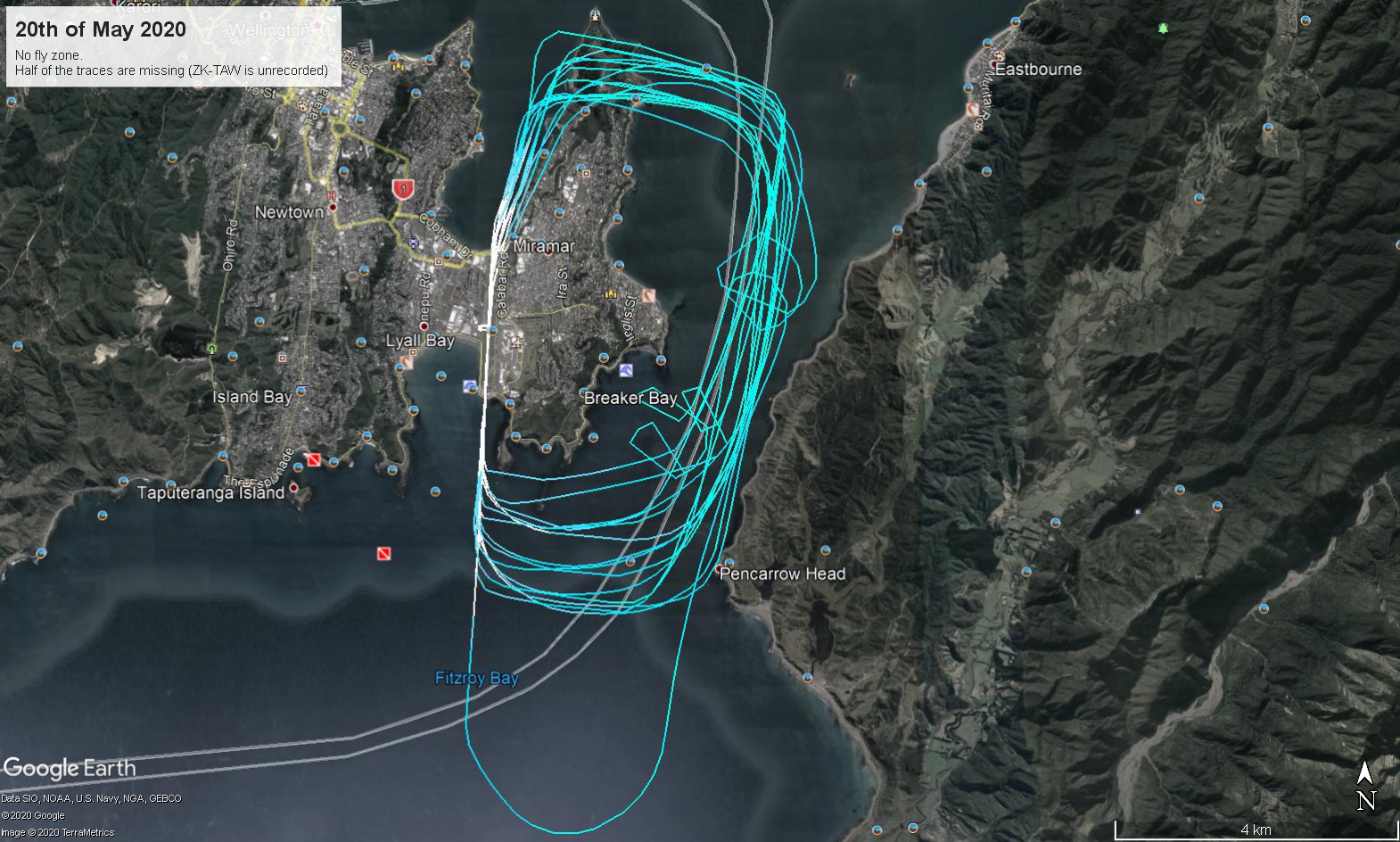 Each line on this map is a recreational aircraft flying. Not all the flights are represented here as some planes aren't equipped with ADS-B yet: so yes, there are more!

The problem is not the noise level (it does not exceed current legal limits), but the planes circling the peninsula for hours at low altitude, over residential areas, creating a constant background noise heard from afar.

The noise is unnecessary because it arises from a recreational activity, not providing any service to the community.

This type of activity is incompatible above a dense residential area.

It is unfair because thousands of people have to suffer this continuous noise for the fun of a handful in a flying tinbox.

We ask for this antisocial behaviour to be regulated for greater consideration for residents.

What the law says

The law currently focuses on "noise exposure" over a rolling 90-day period. It applies to noise emanating from the take-off and landing of aircraft that affects residents living within the air noise boundary. The club can't fly every day because the Wellington weather doesn't allow it anyway. So, safe within these limits, it can go out on sunny days, making the most of it, when everyone else would like to be outside too. Most people, thankfully, don't destroy other's soundscape when enjoying being outside.

Light aircraft, on the other hand:

(Playing the video 10 times consecutively gives an idea of the problem).

What the Aero Club
and City Council are saying

The Wellington Aero Club claims it operates within the legal limits. If some residents finds the noise annoying, they should move as they were there first (verbatim: "you chose to live here").

While acknowledging the issue, some Wellington City Councillors have, for the moment, decided nothing can be done.

But, what can be done?

A complete ban of fly-over residential areas from light aircraft. This would push the traffic over water bodies, less likely to adversely impact locals with noise (at the moment, Miramar North is heavily impacted).

A mechanism to ensure the light aircraft can't circle around the peninsula (or any residential zone for that matter) and keep moving. Dedicated timeslots, for example, would provide a certain predictability when engine or silence can be expected.

A detailed transition plan to electrify the fleet, the only way the aero club can hope to continue and expand its operations. At a time when climate change and wellbeing are at the center of many decisions, this is the only way forward.

There are many tools available to the different councils to enforce a more respectful behaviour, such as the district plan, or by-laws.

Please sign the petition to ask the City Council to step in.

Whether you are directly impacted by this nuisance, or want to take part in building a world with more Nature and less engines, please consider signing the petition. Many thanks.

Wellincon.scoop.co.nz >> Noise from the sky "A group of Miramar residents, known as Noflyzone, has assembled evidence using publicly available GPS traces from the planes."

Noise and Stress: A Comprehensive Approach "Noise is a stressor and an important, largely unrecognized, pollutant of our environment. Our quality of life generally is eroded by annoyance from noise, and substantial segments of the population are vulnerable to its adverse health effects."